Unequal development persists in much of the developing world, with over one billion people living in extreme poverty. (United Nations, 2013). The 2030 Agenda for Sustainable Development has set a goal- to leave no one behind. However, can we make this a reality?

To put this in perspective, the United Nations found that “the average income of people living in Northern America is 16 times higher than that of people in sub-Saharan Africa” (United Nations, 2020 p.21). In other words, many are left behind.

Just as we focus on global issues such as climate change and reaching net-zero emissions. we must address income inequality and unequal development. These issues are tied to each other. So, why is it so hard for the global south to overcome the vicious cycle of income inequality?

The Global North and South

When defining development, we often link this to modernity. Rostow’s theory on growth states that development is a process that takes place in five stages (figure 2). It starts when a country leaves its traditional society behind, and becomes an industrialised one. For those in the global south, this change often fails to happen. Why is that?

Firstly, Rostow’s theory is flawed in that it perceives European development as the best way to growth. Secondly, it fails to recognise the harmful impacts of colonialism (Itagaki, 1963). Lastly, social and environmental factors differ between countries. As a result, development is subject to change between them.

The concept of cores and peripheries has become one of the more popular explanations for why unequal development occurs. In 1966, Friedman coined the idea of a core-periphery relationship to describe the imbalance of power in economies and society (Oxford, n.d). Countries in the core often have:

This inequality tends to be a result of cores controlling global capitalist markets. Cores are wealthy and powerful societies that often control and exploit the weaker peripheries (in this case, the global north tends to exert control over the south). Hence, this unequal relationship makes it difficult for the global south to develop independently.

Andre Gunder Frank’s Dependency Theory and Immanuel Wallerstein’s World System Theory are two of the most well-known ideas on unequal growth. Both suggest that progress and underdevelopment are tied to each other, based on the idea of cores and peripheries (Trimberger, 1979).

Dependency Theory states that the global economy’s allocation of power and resources is unequal. This can lead to undeveloped countries (Romanuik, 2017). As a result, countries in the global south often have little choice but to depend on cores due to the vast differences within the global economic system.

According to Yamada, the “modern world-system is the exchange of commodities in the international division of labour, and its operational principle—its mode of production—is capitalism,” (Yamada, 2018). As a result, labour divisions tend to fall into three categories:

This is a term used in ecological economics to describe the differences in global development. It shows that many countries received more energy than they gave due to trade relations (Foster & Holleman, 2014). Thus, long-term sustainable growth in peripheral countries is complexified due to the lopsided structure of these exchanges.

According to these theories, underdevelopment is linked to global economic systems. However, though supporters of economic development believe that it leads to prosperity, this can often cause:

What Do You Think?

Ultimately, the theories and their perspectives on underdevelopment are not flawless. However, despite their imperfections, these theories gave new views on economic development during a time where economic growth was seen as the best way forward. If economic growth causes issues, what can we do to create a thrivable future?

The first step is to change how we view economic development. The days of endless economic growth are over. This change is evident with GDP becoming less useful as a prosperity measuring tool. Policies that fix the issues keeping people in poverty are valuable in reducing inequality. A circular economy is another alternative that has recently gained popularity due to its strong ties to sustainability.

The second step would be to acknowledge the effects of colonialism and globalisation on many developing countries. Exploiting the natural resources of periphery countries has worsened this issue. As a result, developed countries have often benefitted at their expense. Understanding the historical context behind growth is vital for tackling unequal development.

If you would like to learn more about The THRIVE Project and how you can make a positive impact on the world, click the link. We should all strive to make the entire world THRIVE.

Previous PostThe Effects of Bee Extinction on Food ProductionNext PostPoverty and COVID-19: Pandemic within a pandemic. 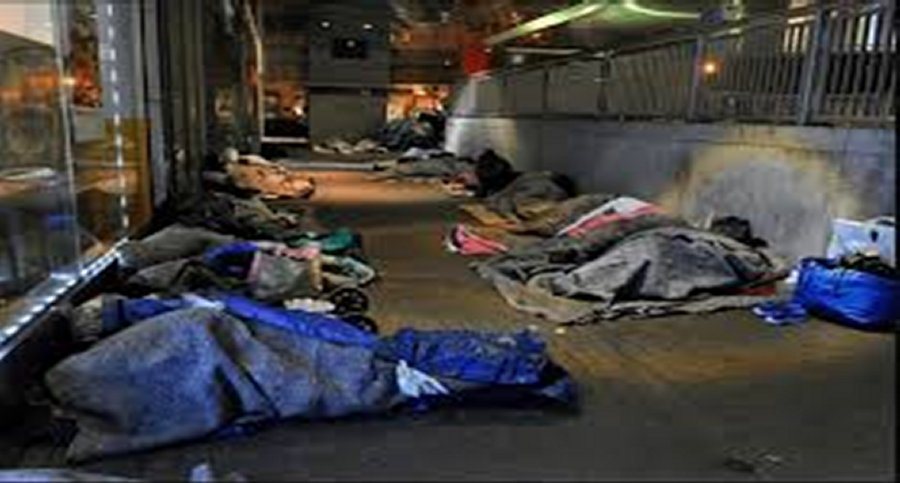