Before we migrated to a modern lifestyle, we were hunters surrounded by nature. Humans have been around for at least 60,000 years. It was only in the past 6,000 years did we begin to live in urban environments (Mark, 2014). There is still limited knowledge on the complex interconnection between green spaces and individual and community health. But, the benefits are rather evident.

In 2018, the UN has reported that approximately 55% of the global population live in urban areas or cities. This number is projected to reach 68% of the world’s population by 2050 – equal to adding an extra 2.5 billion people to urban areas (World Population Review, 2021). Moreover, 90% of the rise in urbanisation will take place in Africa and Asia.

Living in urban areas has its perks, including convenience and security. But restoration efforts for the natural environment can be handicapped. Thus, green spaces within urban areas are important for the environment. All while keeping the community healthy.

So is it time that we return to our roots? Let’s delve into the advantages of green spaces and how they can help make communities healthier and more sustainable.

Green spaces are attractive hubs for individuals and families to exercise and socialise (NASA, 2019). It is important for maintaining healthy mental wellbeing for all. Green spaces also allow people to be in contact with nature. After all, nature is known to improve relaxation (this report looks into why) and help with psychological restoration (NASA, 2019). In addition, employees working near green spaces are found to be happier and more satisfied with their work and lifestyle (Mickan, 2019).

In urban environments, heat builds up from various sources. Whether it be car exhaust, building vents, or solar radiation on concrete surfaces and dark surfaces. Indeed, metropolitan areas are warmer than natural areas. Temperatures can differ as high as 10 degrees Celsius between the two. Thus, this phenomenon is known as the urban heat island effect (UHIE) (Hardin, 2007). Research shows that green spaces actually reduce UHIE (Bush, 2018). Plants in green spaces absorb heat energy in the air causing them to transpire, cooling the area (McGrath, 2008). Because of this process, the community can live more comfortably.

Green spaces strengthen the mental health of the community as much as their physical health. Through contact with nature, green spaces provide relief for over-stimulated minds (NASA, 2019). Previous research finds that city living can increase the risk for some psychiatric disorders. This further supports our need for nature in urban areas. The addition of green spaces will likely prevent the occurrence of mood disorders, depression, stress and anxiety (VIC Health, n.d., Ward Thompson et al. (2012)). Moreover, those who have longer exposures to green spaces tend to have a more positive mental well-being (NASA, 2019).

4. Removes Pollutants in the Air

Trees and other plants in green spaces can act as a filter for pollutants in the air. Plants’ leaf stomata can uptake gases or absorb suspended pollutants (Nowak, 2002). A series of studies reported by Zupancic et al. (2015) showed that a variety of vegetation in urban areas is found in green roofs and urban forests.

The research found that cool air produced by green roofs improved air quality near roads. The greenery enhanced pollutant dispersion, thus increasing airflow between buildings (known as urban canyon flows). It also found that the average nitrogen dioxide and nitric oxide concentrations were reduced by 49 to 57 per cent (Zupancic et al. (2015), Baik et al., 2012). Nitrogen dioxide and other related pollutants are known to cause respiratory chronic illnesses (Pandey et al., 2005). Thus, it is in our best interest to reduce pollutant concentrations in the air to prevent people from becoming ill.

The report also conducted a study in regional England. Modelling of Greater London’s urban forest found that its tree canopy is capable of removing between 852 and 2121 tonnes of PM10 annually (Zupancic et al., 2015).

Research on psychological noise attenuation by green spaces is currently scarce and limited. It is difficult to physically block or remove city noises. And research has shown this is becoming more costly and ineffective. Yet, Dzhambov and Dimitrova (2015) found that living in closer proximity to green spaces is associated with lower noise annoyance. Essentially, people living nearer to green spaces found that they were less disturbed by the sounds of the city. But what underlies these effects is still unknown (Dzhambov and Dimitrova, 2015).

Thus, green spaces can be considered by councils to provide a pleasant environment comprised of natural sounds that enable the community to relax and withdraw from their stressful and noisy lives. A bonus for our mental health!

Planting more vegetation in urban areas will help restore the natural microbiota in the soil. Not only is this linked to improving the natural ecosystem’s health, but human health too.

A study led by the University of Adelaide concludes that green spaces can increase our immune system by exposing us to good bacteria (Mills, 2020). The study reflects on the increase of chronic disease prevalence when a person lacks microbial exposure. Collectively, community health will increase with increased green spaces.

Thus, we can imply that building green spaces can help low socio-economic communities. For this will reduce the pressure on health care systems (Brown, 2020). However, there is still a gap in research relating human microbial environment and green spaces.

What Stops the Community From Visiting Green Spaces?

Unfortunately, various causes prevent people from visiting green spaces. Reasons including a busy lifestyle, lack of access to transport and money, and distance. It is also no better when Covid-19 lockdown rules restrict physical and social mobility to access this luxury. VicHealth (n.d.) found that people from socio-economically disadvantaged backgrounds are likely to have higher exposure to nitrogen dioxide and PM2.5, suggesting that “inequities related to green space distribution and neighbourhood quality might affect urban health inequalities” (Vic Health, n.d.). This statement affirms the benefits of improving air quality by increasing green spaces for communities. You can read more about what the Victorian Government in Australia is doing to incorporate green spaces into more areas here.

Furthermore, WHO has released a very comprehensive report using data obtained from case studies. It covers some of the limitations and restrictions municipalities face when planning and designing green spaces. Read the report here.

The impact of happy individuals echoes throughout communities, radiating through to nations. Demanding accessible and larger green spaces from your local council is a great way to prove its necessity. By doing so, you are also promoting a more sustainable urban lifestyle. Not to mention reducing the inequalities faced by some who do not have the luxury to travel to nature reserves. Green spaces are intended for everybody to enjoy.

Follow THRIVE to help start your sustainability journey and discuss ways to let your local council know your need for green spaces.

Previous PostUrban Heat Islands: How we can cool our citiesNext PostUnpacking Packaging: What are Container Deposit Schemes? 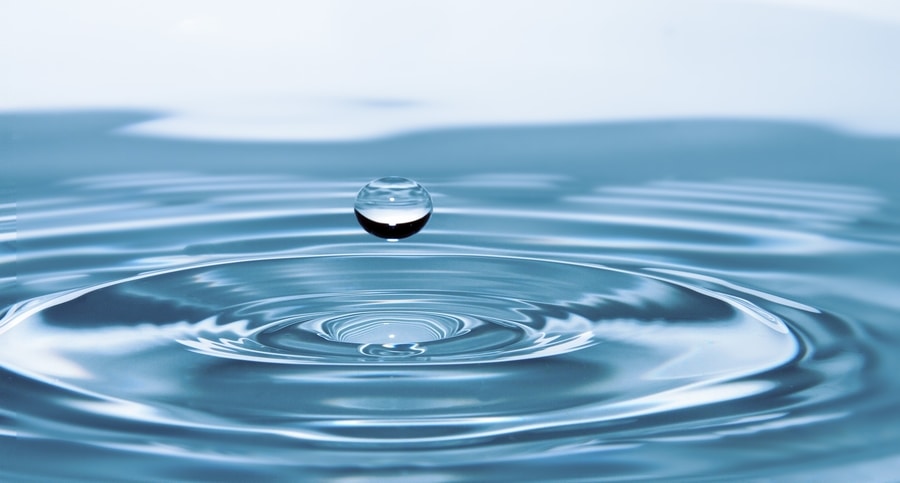